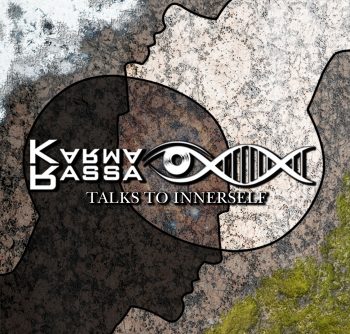 It sometimes seems, as if we preferred the heavy, blackened thumping of any extreme metal flavor throughout the RockmusicRaider office landscape.

At times something more laid back is in order. And for that, we have the folks from the Progressive and Avantgarde field.

Now, you usually find the well-known bands like Leprous, Steven Wilson or the gang around Arjen Lucassen on your radar. But these guys are only the tip of the proverbial iceberg. The community is huge.

Whilst this is so, you will find loads of them progressive folks out there just djenting away until there is no tomorrow. And many of those often sound like this deranged, delirious, far removed cousin that you REALLY don’t want to meet. Ranting away high on shit and torturing his keyboard with endless repetitions.

You will find a rabble of good to excellent bands too, of course.

The European North seems to be conducive to the progressive kind and indeed they are legion there. But if you look East, you will also find some amazing protagonists.

The Russian band Karma Rassa came into existence in 2013. They indeed lost no time and released a first full-length record (already) in 2014, followed by a couple of singles. A cover of the track Oxygene II of Jean-Michel Jarre being one of them.

The band’s second full-length album Talks to Innerself just saw the light of day this autumn of 2016.

It is refreshing not to be assaulted by a gazillion of djents for once. And did I say Jean-Michel Jarre before? That’s right. Karma Rassa gets you this laid back (very) atmospheric progressive rock to your table. It is indeed very keyboard heavy, albeit far away from the electronic intensity of JMJ. Even if – with a lot of goodwill – you may detect some very faint similarities.

Then they mix some metal injections into some of these fairly complex song structures that often are almost ambient in nature. This sounds like a collision of styles and – in essence – it is. Or should we call it a collusion of styles? And it is this mélange that is the main allure of Talks to Innerself. Because this breeds variety with an intense mix of directions, hooks, and elements that won’t let boredom get near you.

Now, even with all the aforementioned intensity, this is not an album to headbang along.

Karma Rassa gets you a tune for the fireplace, not the mosh pit. Something for a quieter time to listen to and concentrate on the music. And to the decidedly funky lyrics surrounding the tracks.

It is thus unfortunate that the album comes across as loud, indeed very loud. And it is the compression that risks to overwhelm you after a while, latest by the fourth track or so. A pity that they did not mix and master the album a little 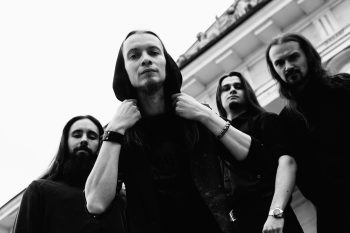 That said, however, separation still prevails pretty much and you will run no risk of losing elements.

And don’t get me wrong!

Not delivering a metal crunch does not mean that this is weak doddering about the musical landscape. Karma Rassa delivers purpose and a sharp bite at times, just not the mighty Heavy Metal stump that we might look for.

Just check out From War to War with its rough beginning, then descending into a decidedly Tiamat-esque flavor. And it is this multifaceted and varied approach to Progressive Rock that that will keep your earphones glued to your head.

In conclusion, Talks to Innerself delivers a mature chunk of Progressive Rock and Metal of the other kind. A funky Atmospheric Progressive style with some metal aspirations, wrapped in an envelope of complex melodies and a gazillion of hooks.

This sets Karma Rassa apart and makes them twinkle just a little more powerfully amongst those stars populating the progressive milky way. And this already makes us look forward to the next record of this decidedly talented band.