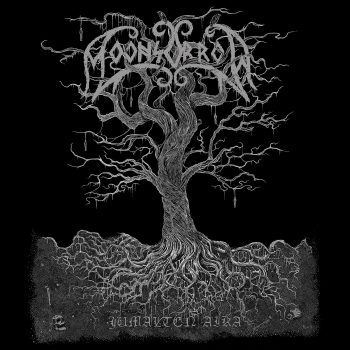 The things we missed in 2016. And it is 67 minutes of raw and corny metal issued by one of the most prodigious metal bands out there. The Finnish outfit Moonsorrow released their 7th full length album Jumalten Aika (The Age of Gods) last year. This after five years of wait, when many thought that nothing would be forthcoming anymore. And boy is this a peppered dish.

And it is funny. I am hearing their sound described as Folk Metal a lot.

Yet, I hear the mighty ogres marching towards the King’s castle, making their sounds of war. Nothing of the hurdy-gurdy heavy mess many of the Folk Metal bands project these days. The tune on Jumalten Aika always sounds to me like a more cathedral and delicate version of the latest SIG:AR:TYR record, with some early Bathory mixed into the fray.

The Black Metal rasps, combined with clear voice and spoken parts, plus the grand metal-soaked and riff infested soundscapes rolling towards you like a tsunami of steel wielding warriors, are more an indicator of great Black Metal than anything else.

In the end, the band stating that Pagan Metal is their game holds much water, and I can buy into that. After all, this genre is more of a vocation than a style. Jumalten Aika really marches down this blackened road of theirs like there is no tomorrow.

And they are masters at stringing lengthy tracks together and making them stick like so much mud against the wall. The scarce, but delicate use of archaic instruments only reinforces this direction. And indeed, the track length oscillates between seven to sixteen minutes sharp. Given that, it is an amazing feat for the band to keep this critical listener’s attention for all that time and not lose him.

That they sing in Finnish is not taking away from their allure. To the contrary: For those not able to understand the language – and this is mostly all of us minions further South – the incantations in this language do have a mystical touch to it. Moonsorrow also managed to keep their atmospheric urges to bearable levels. And hit the bombast suppressor button a few times, so that this mighty cask will not overflow all of a sudden.

Jumalten Aika is at first a bit confusing, though.

The heavily chugging title song starts with some sort of an incantation reminiscent of the chanting of the skraelings of yonder far shores that the vikings finally detected. But then the solemn, but strangely rough march towards doom starts in earnest.

If the first track did not convince you yet, then #2 will certainly hit home. The band really starts to pull out the stops in Ruttolehto incl. Päivättömän päivän kansa. This epic track really captures the essence of Jumalten Aika, combining epic marches with delicate, folksy passages.

And I mean the term ‘capture’ literally.

You’ll just sit there and let the track roll over you until the bitter end. More precisely, as of minute 6.40, things will look juicier than ever. This is just grand Pagan Metal. This second track is just ridiculously good.

Now, you will be brought back to the metal reality of the day by the next seven minutes or so of Suden Tunti, with some real crunch in there.

This is then replaced by something calmer and less emotional, just to step on the gas a bit later. Now, I am not sure if the second or the last track should be considered best. Because, I tell ya: The last epic monstrosity of a whopping sixteen minutes called Ihmisen aika (Kumarrus pimeyteen) will capture you the same way Ruttolehto incl. Päivättömän päivän kansa did. Less delicate and a lot harsher, but no less captivating.

In the end, none of them tracks are bad or could be called filler material. Keeping such a record loud, yet finely mixed and mastered is an art well done and I can find little fault with the production at large. Add to that a simple, but powerfully adapted cover art, and you got yourself a nicely rounded product.

Jumalten Aika is a truly epic piece of work.

Moonsorrow crafted an album with a remarkable flow, reminiscent to what Insomnium was able to produce in their latest. I particularly liked the marked, yet discreet inclusion of archaic instruments. Those never let the listener forget that you are treading on a melodic, yet very Black Metal landscape in a Pagan Metal disguise.

The brutally metal, yet finely grained soundscape will envelope you, and slowly grind away at you. Until the grim armies of doom marching down on ye will make you give up your resolve. And make you join the mean masses of the fan community. If you weren’t already a fan, that is.

By Thor’s Hammer, this is good stuff. If you haven’t gotten a copy yet, get one. Now.