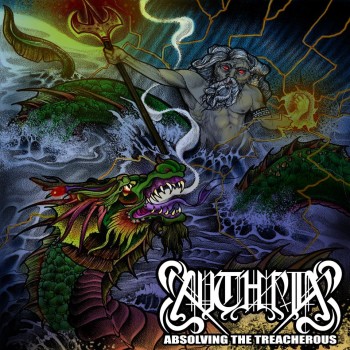 The US based Melodic Death Metal band Mythrias just released their newest EP Absolving The Treacherous back in September. Their powerful Thrash Metal meets Melodic Death Metal is really a captivating piece of work. Sounding like a younger and evil sibling of Arch Enemy – with double the energy (sometimes at least…), they produce pretty hard-core material since their inception in 2013.

Mythrias came to some fame opening up for well known bands in the genre like Insomnium, Omnium Gatherum, SepticFlesh or Moonspell – between others. Not bad for a startup.

Now with some action under their belts and a few new band members, Mythrias started to produce some more serious material. Overall quality and finish definitely still need some rework – it is an EP at the end of the day – but the stuff they produce includes some goddamn friggin’ riffs that will rip you into the pit like an irresistible tide.