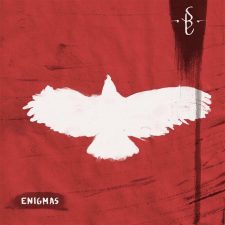 We did not feature a helluva lot of Metalcore lately. Mainly because there was nothing juicy enough to emerge from the depths of this scream laden genre. And frankly, many a band just does that: Throwing a skeletal version of a melody at the crowd and scream everyone to the ground. Not that this will in any way enhance their chance of winning the fluffy green muppet monster to impress their audience. Apart from the die-hard fans, that is.

Well, light has appeared at the end of the tunnel and let’s just hope that this is not the freight train heading towards us. The Swedish band Set Before Us graces us with their newest blip called Enigmas that just got released this November of 2016.

Now, their melodic take on the genre really got my attention. They mastered the skill of mixing a hearty portion of screamed vocals with a sometimes almost progressive flavor. Then again, they almost err into Deathcore territory – but only just. That said, this is pretty cool material and should be worth your time.

Set Before Us came to fruition in 2012 in Stockholm, Sweden. Only the Year of the Lord 2014 saw the creation of a first single AND their first EP Voyager. Since then the band embarked on some extensive touring throughout the UK and Western Europe. Their effort is now crowned by the release of their sophomore EP.