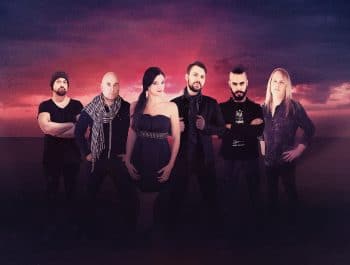 Same as the dreaded Henry Metal, Tragul ramped up their presence ever more during 2017. Only that this particular band took a much more interesting route.

The newly formed outfit decided to forego the usual treadmill chasing records. Instead, every 1-2 months a new video sees the light of day. A kind of a drip feed to the hungry masses addicted to your soundbites, which – in itself – is an interesting concept.

In a few short months their style morphed from an electronically tainted and symphonically challenged Sirenia offshoot to Symphonic Metal with a pretty serious Power Metal bite. And there is more: Starting off in Paraguay of all places, Tragul basically is an international gig with a pretty impressive, multi-continental line-up.

The band was successful to secure big names like Zuberoa Aznárez of Diabulus in Musica for vocals. And others like guitarist Steve Conley (Flotsam and Jetsam) or bassist Oliver Holzwarth (ex-Blind Guardian, ex-Rhapsody Of Fire, ex-Tarja).

For 2018, Tragul replaced drummer Alex Holzwarth (ex-Rhapsody Of Fire) with Sander Zoer, who prominently played with Delain until 2014. And added Paraguayan guitarist, Diego Bogarín to this group of merry music warriors.

With currently four singles to their credit, Tragul now feature a somewhat itchy mix of Nightwish, a trifle Epica and Tarja Turunen. Yet, they don’t drown in this sticky morass of elements that we already heard before somewhere. Instead Tragul emerge with a style that should let their brethren in this genre listen up and pay attention.

Because this is a talented bunch. A band to be watched with a potent line-up – and 2018 is still young.

Check out their newest video for your listening pleasure: