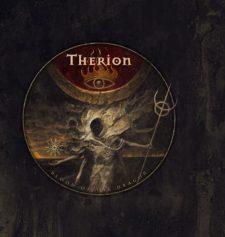 Blood of the Dragon, Therion‘s limited edition collection of covers that just released this March 2018 is an eclectic piece of work not seen to date in the illustrious career of the metallers from Sweden. In cooperation with Stygian Crypt Productions and Possession Productions, the band compiled a savvy selection of covers on two CDs. One in tribute to Therion by a number of bands and the second disk with covers recorded by Therion along all these years the band has been active.

As the Therion covers go, I took an insane liking to the super-dense, full-throated and meaty interpretation of Asgard (Secret of the Runes – 2001) of Antyra, the German metal storytellers from Leipzig. The track puts the multifaceted talents of this particular band on full display. Then again, An Arrow from the Sun by Ghost Warfare got on my hit list pretty quickly too. That said, none of the Therion covers are bad, mind you. But it would go too far to list them all here.

Therion themselves are of course well known for their covers of other bands that they quite frequently play. And this makes this assemblage of tracks a difficult one to establish, there is a lot of outstanding material. As the track list goes, Iron Maiden‘s Revelations or again Iron Fist of Motörhead really got on my shortlist. As to Iron Maiden, I wonder why Children of the Damned (A’arab Zaraq – Lucid Dreaming – 1997) did not make it. But hey, who am I?

Now, the RockmusicRaider crew usually is not very fond of covers that bands produce in lieu of their own creations. And I won’t hide from you that – at first – the record almost got confined to the dungeons. But Blood of the Dragon is one of the best collections we came across so far. An almanac of sorts to celebrate a long and outstanding career of one of the pioneers of the metal genre. You should probably get a copy too – as long as they last.