Well, before the back office overflows with material, we better launch a new edition of the RockmusicRaider world-famous (ahem…) Intermittent Digest series. This will let off some steam and things will improve – hopefully.

The Tome V Edition was already substantial, but 2017 has been on the fast-track ever since with an enormous amount of material released to date. This includes many big bands that churned out their newest records right around fall of this year with a lot more still to come. On top of that the end of the year looms already with the inevitable top ten coming up fast, following the 2016 edition. So let’s get going with Tome VI without further ado.

One of the first surprises after the last edition was Morass of Molasses and their album These Paths We Tread. A somewhat bizarre, but historically solid band name hides a pretty savvy slice of Stoner Rock and Metal. Right out of the South of the good ‘ol US of A. Zep-infused fuzziness dripping down on us in a slow march of hardly viscous groove. You really need to take that one slow and savor every sugary drop of juice that emanates from this disk. The record sludges its way down this weavy path to a pretty cool mix of modern-day rock’n’roll and age-old stoner offerings that we all loved back in time. You should try some too.

Then after all these meanderings around galaxies and stuff, Christopher Bowes decided to go a-pirating again in his Alestorm persona with a new album aptly 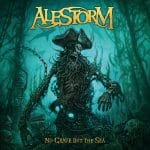 named No Grave But The Sea. Crafty title, ain’t it? The old sea dogs were hard at work looting and drinking all over the Caribbean this Year of the Lord 2017. And had a lot of fun whilst they were at it, it appears. The album is for sure nothing innovative, but the way these guys resurrect their old pirate lore is just irresistible. A good album if you don’t take your metal too seriously, that is. RockmusicRaider found them very entertaining and awarded them seven out of ten lost anchors. Now fill your tankard with ale and enjoy some pirate tunes.

The solid and comfortable growling on Noumena‘s latest concoction Myrrys took a while to really sink into the Rockmusicraider crew’s eardrums. Definitely solid-state Northern Melodic Death Metal, the real quality of the record emerges once their female side reveals itself. The expert use of the Beauty and the Beast concept and a knack for pretty snazzy melodies take this record to new levels. Comfort in Death Metal? Yeah, this really is what this mid-tempo piece of metal is all about. This record still turns on the RMR music machine quite often. And that is proof of the pudding as we know it. Comfortably so.

Now, let us take you out of the comfort zone of the meaty metal territory. Away into the realm of ice-cold discomfort. A world of terrible metal shards in a grey howling landscape of nothingness. Meet Kwintessens of the Dutch outfit Dodecahedron. To say that this record first left RockmusicRaider speechless is an understatement. This dissonant soundscape of metallic nightmares is probably one of the most compelling pieces of Extreme Metal we ever came across. These guys will for sure not meet the approval of many a metal fan. Yet still, this album will remain high on the list to make it onto the 2017 Top 10 list. Make no mistake, this is clearly one of the highlights of this Tome VI edition. But if you decide to go for it, listen responsibly and fasten your seat belts.

I am sure you will be in need for some sun after the former cold refreshment. Let me present you with some true symphonically-laden Progressive Metal. A total surprise reaching us from Israel of all places. And another candidate to make it onto the 2017 Top 10 list. Meet the savvy musicians of Scardust with their newest full length Sands of Time. I admit: This record sat in the RMR review list for a while, which probably annoyed their PR agent to Hel’s realm and back. But once the record started to blast out of the loudspeakers, we were all sold. Even the RMR deck crew agreed and they are the meanest customers to convince with metal pieces. And that is a feat not easily mastered, I can tell ya.

Now if you think that progressive cannot be spun further, go no farther than Dirty Sound Magnet and their latest record Western Lies. In a totally surprising turn away from their old Zep-infused ways, DSM invented a new style called Creative Rock. This happened after the departure of their former lead Didier Coenegracht. The band basically became a trio and had to grow new roots. And indeed, the record goes down the creative route presenting a piece of outstanding musicianship at highest technical standards. It is a noteworthy, yet extremely complex and unusual piece of rock that will demand your total attention to savor and appreciate. Dirty Sound Magnet are pretty much in their own league with a very unique, but highly interesting style. It will be worth your time to check it out.

And we definitely are on a progressive route with this Tome VI edition. Now, talking about complexity, let me point out the 11 piece band Gentle Knife with their newest album Clock Unwound. Yep, you heard that right. Should you expect some mayhem then? Nope. On the contrary this band churns out pretty high quality Progressive Rock in a quiet, kind of laid-back setting. Usually darker sounds thunder down on us from Norway. But here you will get to know a different side of a country usually associated with the underbelly of the metal multiverse. If you are in for some rare prog, then by all means give them a try. In front of the roaring fire, with a dram of whiskey.

Speaking of hard liquor: This is what I needed before attacking To The Bone, Steven Wilson‘s newest and best. Because of anxiety levels that this time we would face something of a male Taylor Swift incarnation. And many expected a fully grown pop disaster from a very special corner of the prog world. Yet, the outcome was somewhat different from what we thought. What we found instead is a record of Progressive and Alternative Rock in a Pop Rock lining. And – as is the custom – of outstanding technical prowess. Is it the best he ever did? Certainly not, yet this album has the potential to become cvlt over time. Alongside of a smattering of his records that are already there.

Remember Wilderun? The mystical prog metal nerds from the USA? Well they just found their master in Lör and their album In Forgotten Sleep. Or at least these youngsters just created something as crafty in ideation and delivery than the former. The album is an intense, tightly written piece of work. Maybe sometimes a bit too rushed for its own good, but nevertheless stellar in its own league. Like a wild ride down a rocky mountain road when the water roars down into the valley just beside you. This one is a clear contender for the 2017 Top 10 list as well. Looks like the progressive multiverse will feature quite prominently on this selection of best records.

Now, before RockmusicRaider grows a reputation of being a bunch of soft rock wusses, let me present you with the latest growlings of Eluveitie. Wut? Wait!! Ah, yes. The newest record Evocation II – Pantheon does not contain growls. To my surprise, the band unchained one of their best pieces of work yet. Fully unplugged in the fashion of a true folk band. Okay, let some people call this Folk Metal to be nice, but truly, it is just folk. And very well executed, too. And all this greatness against a background of important changes in the band. With a new female front singing in a dead language. Something she apparently never did before, if I can believe what I have read. I am sure they will be back with more typical, grumbling metal. But for now they produced this stellar piece that should be worth your time.

Doom anyone? What better venue to think of than the folks from Paradise Lost  and their newest concoction Medusa. Now, you might think that they already shot all their powder in their previous records, but – hey – think again. Like the proverbial chameleon, they changed colors and skin – to more doom and come on strongly. Downturned, brutal and no-nonsense, their new (old) sound sports some serious advance over the last record. It looks like this band will continue to be a force that their competition needs to reckon with. But hey, we still wait for the newest from their main rival and then we will see.

Remember the Black Metal heretic so many addicts of this genre hyped about? That’s right. We talk about Myrkur and her brand new record Mareridt. In truth I always wondered how Amalie Bruun would eject herself from this sophomore album trap. Many times there is no change and you get a same-same, but different kind of record. Then things get often epically overcharged. Yet here Myrkur reinvented herself by making an album coming straight from her deepest feelings. The outcome is a somewhat headstrong piece of Folk and Black Metal that will – no doubt – attract many new fans. But also a bunch of new and fiery haters. No mistake there.

How can a record be smooth and at the same time spicy with real sharp edges? On top of that in a robe of Avant-Garde, New Age Black Metal so complex 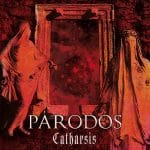 even that denomination does not sound right? We did not neither until we connected with Párodos and their newest record Catharsis. Not necessarily for the fan of old-school Black Metal, the record nevertheless packs enough oomph to please the metal crowd. With a varied and modern, yet still steely style. Like a modern samurai wielding his ancient weaponry in a dark-blue business suit. Kill Bill style. A very worthy add-on to Tome VI.

Now, last, but not least you definitely are in need of a few screams. Right? Dani Filth is on the loose again with a new record. And Cryptoriana – The Seductiveness of Decay of Cradle of Filth will be worth your time. Looks like CoF is on the uprise again with a tableau of very strong Gothic Metal colors. Slightly decadent in a series of gory paintings of death, tombs and ghoulish individuals, this is clearly one of the best records from this band. And this after all these years that Cradle of Filth is already radio-active in this scene. But make no mistake, the endless screaming on this record will still try to wear you out. So, fill your reservoir with a lot of patience and turn the volume down some, BEFORE you start with it.

Alright, that was RockmusicRaider and the Tome VI edition of the most memorable moments of the last few months. As always, many records covered did not make it onto this newest selection. Like the continuation to work ourselves silly with older records, like the recent Rainbow series.

Now, don’t be a stranger and stay tuned for more reviews, news pieces and videos.