Well, who would have thought that? After breaking out from obscurity to some better, more lighted shores with their last album, Train managed to land another great record with their 6th studio album California 37.

I was very, VERY worried, when I heard that they started on a new album way back then. ‘Cause Murphy sez that there is a great risk for the follow on productions to fall into the hands of the Lord of Darkness and never return.

But here, I feel the sunny warmth of California on my skin – a very pleasant surprise. Even if Pat Monahan is actually not from California, he is from Erie, Pennsylvania (the provincial town sitting right on the lake of the same name) and officially resides in the beautiful state of Washington.

Surfing on the sunny side of music, Train created another great, light and airy rock album with California 37 that really gets to you real quick.

This is no heavy fare, and is not meant to be that neither. You do feel this new #yolo attitude of the band and the positive energy they put into creating the record. Whilst they were not able to replicate their smasher Hey, Soul Sister from Save me, San Francisco, they nevertheless managed to catapult another one of their tracks to single stardom status and into the charts.

Well, who would have thought that!

And again the band plays to their strength to transform personal emotions into good tunes. And they do so without rendering all that jazz too overwhelming. Train again managed to keep the cheese at a bearable level, whereas songs like Bruises– featuring Ashley Monroe – cruise very closely to doom in that respect.

The album steps right into the groove with their first track This’ll be My Year. Some sort of life story of someone – I reckon it is Pat’s – singing to his love.

Then Drive By happens.

Another friggin’ hit, which ended up in the top 10 of quite a few countries around the globe. And went triple platinum in North America, and double platinum in Australia. I really love that track, this is pure Train at their best.

The quiet and dark, dark humor of 50 Ways to Say Goodbye really knocked me off my chair laughing. But beware, there is a large portion of teenage style wits in there. I am not sure if this really fits a serious rock band, and it is clearly not everybody’s cup of tea. But funk that! This one speaks to my dark soul.

Then emerges Mermaid, a track with a different theme with a girl met on the beach. Apparently ’tis Pat’s friend – but the tune still oozes that dark mirth bubbling up through their song. And again, the song is very well constructed.

On the emotional side, the slow ballad When the Fog Rolls In will please. Were it not for the typical Gregg Wattenberg cheesiness that crept into that one, we’d give it a prize. But the track is nevertheless still good. It even features (some sort of) a guitar solo. Well, yeah!

Some fillers crept into California 37 nonetheless and this is a pity. We Were Made for This and To be Loved just don’t really cut it. These tracks actually appear on the ‘not bad’ scale. But do they pass the smell test? Nope. Neither here nor there as they say. And that is bad news on a full length with a very limited number of tracks.

They also overdid it somewhat with their urge to issue nice, kind of whitewashed 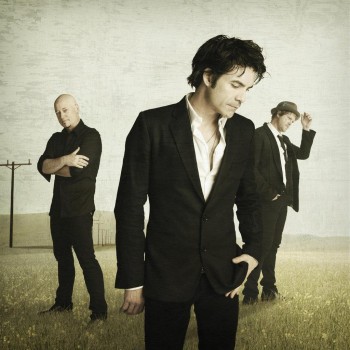 tracks. A tendency that will haunt them going forward. Yet then again, the album boasts some very black, but kind of adolescent humor that crept onto some of their tracks. So, is California 37 a record without a morsel of grouch? Quite.

But then perhaps this is great – feel good music after all, right? Needless to say that this record is light-years away from albums like Drops of Jupiter and the likes.

Some of the reviewers suggest that this will be their downfall. As they may have veered away from their more rocky path to stray into pop territory a bit too far. Maybe inciting the wrath of the pop gods that dwell in the semidarkness of rosy sweetness and dripping, colored smoothies.

But fear not, what applies to later records of Train will have no place with California 37.

The band created a catchy, kind of groovy friggin’ record that keeps you breathless for a while. And it clearly is one step up from their last album that was already surprisingly good. I could love it from beginning to end. If only there weren’t any fillers and they did not go over board with cheeky song writing somewhat.

And a word of caution: Producing two hit albums in a row leaves me wondering how the next is going to look like. Do we dare hoping? Or perhaps I should start putting the crash helmet and body armor on for what is coming next. Who knows – if things seem too good to be true they usually are, normally. And for the life of me, I do not see them succeeding with another album of the same kind.

Find out if RockmusicRaider’s prediction in his role as world-renowned music psychic came true for Train‘s follow-on records Bulletproof Picasso and A Girl A Bottle A Boat.