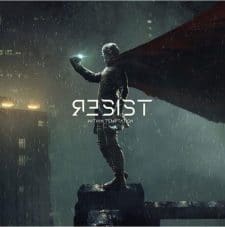 True to their style, The Reckoning is yet another song with a guest contributor, this time with Jacoby Shaddix (Papa Roach). This has a long tradition in the Within Temptation universe. Yet it needs to be said none of those hybrid productions ever produced stellar results and this one is no different.

The band’s real strength remains within themselves. Within Temptation shine once they present a track on their own. That is where emotion, passion and energy really come to the forefront. But I transgress on a possible outcome of the review of the album that will surely come to your screen before the year is out.

The video really excels on storyline and execution. Depicting a futuristic and apocalyptically somber setting, the clip knows how to captivate an audience. I love the theme of a conspiratorial ufologist dream come true so aptly called The Reckoning. As always, a delicious Sharon den Adel leads the charge with gusto, but I really wonder what the dudes with the white flags are up to. But never mind, it is the story that counts.

I will reserve judgement on the sound until the album is out. But just this: The Reckoning is undeniably Within Temptation. Albeit, I wonder if the mid-tempo Amaranthe-esque and Kamelot-infused pseudo Power Metal style will really cut the mustard in the long run. We will see once the new album is out.

But hey, you be the judge.

So, here is to The Reckoning also to be found on our playlists on Spotify and the RMR YouTube Channel. Enjoy!