2021 has been a productive year for the RMR ‘zine. Many a band out there used the times of Covid to issue one or even two records. And the outcome was often stellar. It really seems that times of crisis like this one stimulate all those artistic neurons with sometimes fantastic outcomes.

And interestingly, this year didn’t predominantly affect one style only. Instead, we were literally flooded with good and often great material in rock, folk, and – surely – metal. True, the extreme spectrum of the metallic realm got its fair share again. And tech and prog also contributed greatly to the last twelve months’ success. Not to forget those fringe genres like Power Metal1) or – indeed – avant-garde that also whelped a few excellent offerings.

The RMR crew also fancied the international spread of the offering. This time great material came to our doorstep from an important number of countries. Which, of course, also means that our ‘zine here has truly gone global. And that is exactly how it should be.

So, tough choices had to be made. We got 10 spots only, but material for a legion. Nobody ever said that this was going to be easy, right? 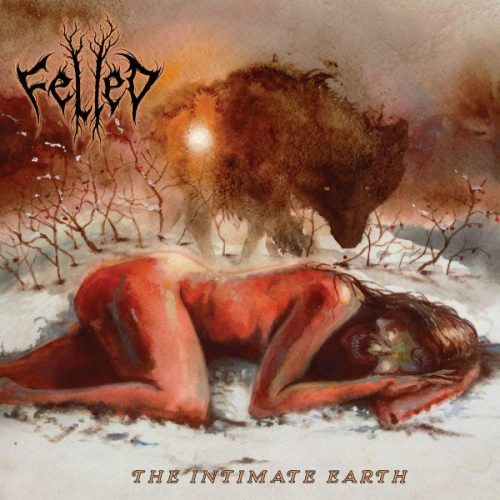 How would you describe the outback, the raw wilderness, in a metal record? Exactly, never fear and ask the folks over at Felled. They presented us with an earthy, scratchy piece that doesn’t hide its rough-hewn beauty. So, don’t expect neatly crafted melodies, but more of a brutal description of the stark and merciless splendor of the backcountry in the Pacific North West. And all this presented in tones that starkly reminded me of pioneers and their dangerous treks to the West over unknown terrain. 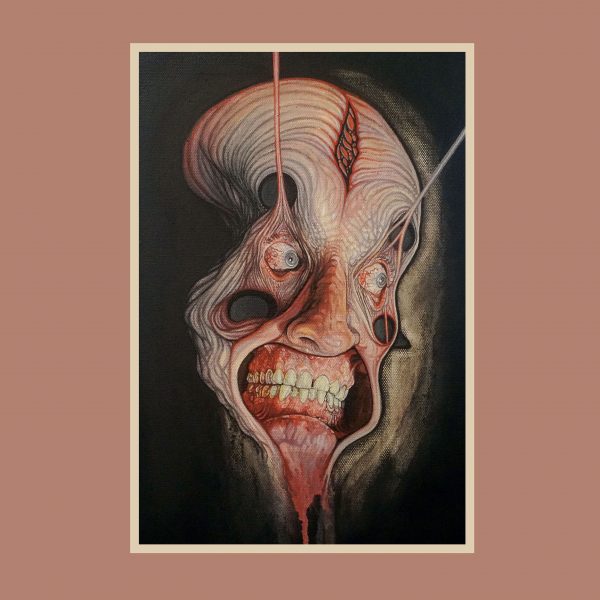 Let’s try something – different for once. A record with a load of ‘core’ in it that usually won’t find a spot on RMR’s headlines, let alone on a Top 10. Yet, Kollapse brought us one of the tastiest but also most technically astute Extreme Metal albums out there. A hardy mix of Post Metal on hardcore steroids. A refined album so far out in the experimental realm of the weird, it just made us return for seconds all the time. Or, is it again the terrible call of the enigmatic visage on the cover? Well, be it as it will, that eclectic mix of sub-genres really sold itself to us. In a scary kind of way that nonetheless glued our earphones to our heads. Go figure, right? 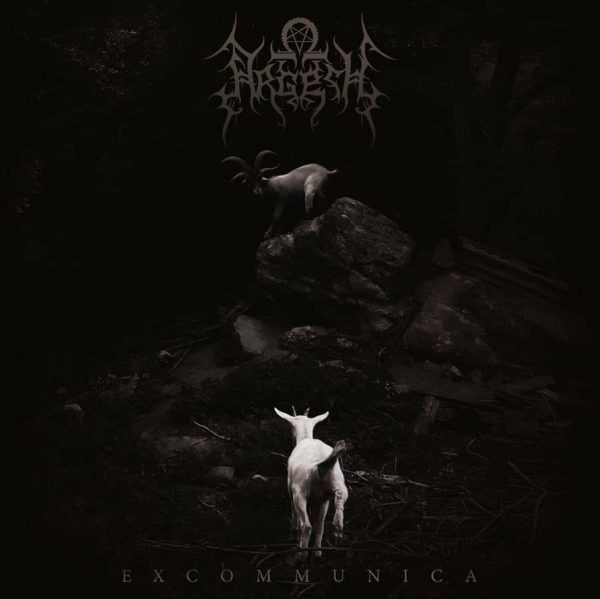 Imagine you are the evil incarnation of what Moonspell and Rotting Christ combined ever wanted to be. A truly unholy entity that throws its opposing stance to the nailed god’s realm at you with an almost Luciferian ferocity. An Extreme Metal record that mixes contemporary undercurrents with the rawest metal brutality we were able to find in 2021. And that’s why these guys truly deserve a spot on this Top 10 list. 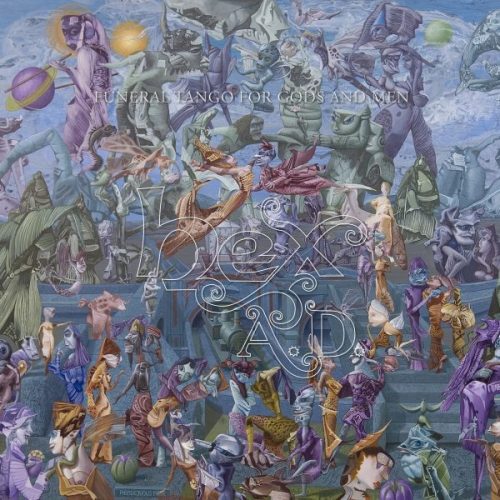 Can refinement be down ‘n’ dirty? It sure can. After all those blackened metallic waves of extremes, we yearned for some grimy rock. And Hex A.D. delivered beautifully. All of the funky wooziness of the former record went straight out the window. And in came a red-hot chunk of real rock. Tastily retro, with a raspy and – yes – often angry crunch that risks grinding you into the dust if you don’t pay attention. Real rock hurts, and this one for sure does. Tastily so. 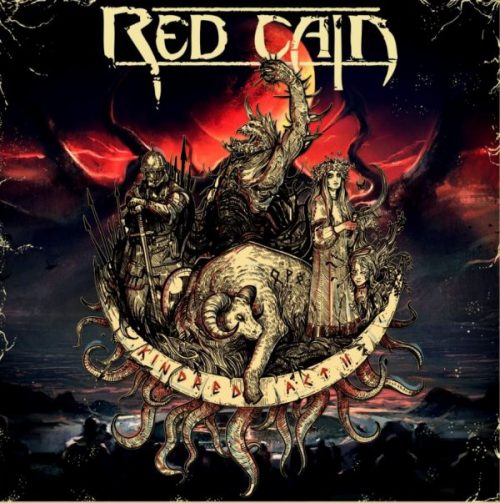 2021 brought its fair share of tentacles, of amorphous terrors from outer space. But here the talented bunch over at Red Cain really pulled out the stops and told their tale. A tour-de-force, written in Progressive Power Metal, full of directions, quirks, and a ton of fun. That this band appears for the second time on the RMR Top 10 in a short while almost lost itself in that fray to tell everybody about all that goodness Kindred Act II will bring to their turntable. 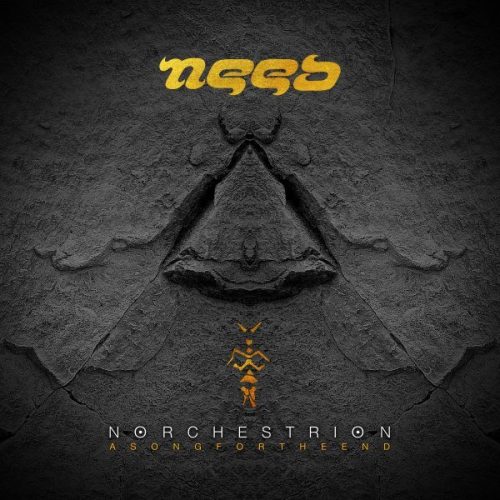 Need – Norchestrion: A song for the end

We lamented the fact that Need‘s latest album didn’t come out in 2020. Because back then, we would have had a strong contender to give outfits like Haken a little push, as the joker would hasten to state. But whatever the outcome may have been, the band here sent us a stellar prog piece that seriously shortened the lifespans of our turntables. Because this is one of the most fascinating records prog had to offer this year. Don’t think so? Check it out. 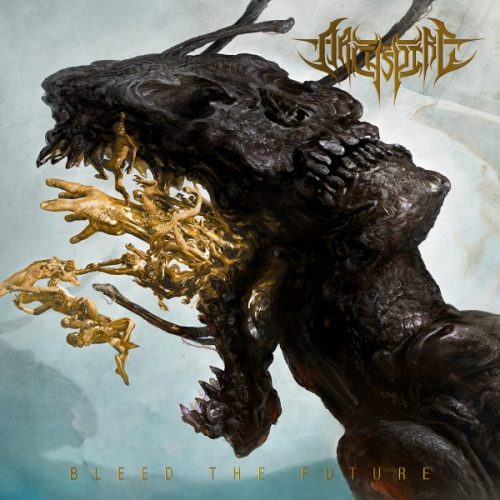 If speeding tickets existed for metal records, these guys would land in jail. Archspire throw a mix of tech death and melodeath at you that will tire out the folks over at Fleshgod Apocalypse in like two minutes flat. They heedlessly speed down any metal highway they can find, and they do that at a level of technical refinement that made us clap in awe a few times throughout the record. Bleed the Future is a record of pure mastery, nothing else. Hit play, if you dare. 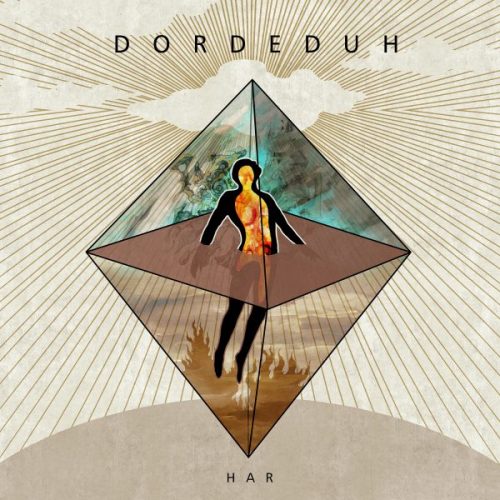 Har turned out to be one of the oddest pieces on our review pipe in 2021. A ‘metal’ record that thrives on an almost tribal power. None of that shamanesque ooze that you find with other artists, mind you. Instead, it’s true power, brought about by an arrangement that perfectly connects the modern contemporary music tools with the archaic. Hard guitar sounds, growls, and clears with all sorts of unplugged ideas that float on an almost unearthly wave of atmospherics. An ethereal experience, if you give the record the time. Because it needs to mature and flower. 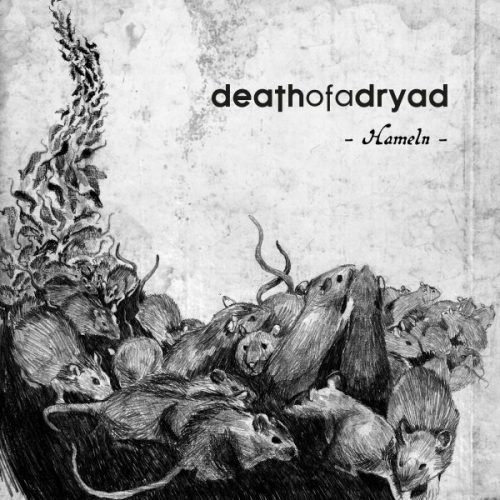 Death of a Dryad – Hameln

A dark, old tale smartly retold and wrapped into a gothically tainted robe full of dark and desolate metal. A frugal piece of alloy that often sails on medieval acoustics, just to disintegrate into a fit of Black Metal. That is how Death of a Dryad portrayed the age-old story of the Pied Piper. There is no glory here, no nicely shining moving parts, nothing polished to discover. It’s all dreary grey colors of death and damnation on a skeletal production. And that turns it into that perfect vessel to portray a horrific story in just the right set of tones. Which – again – found the highest praise in the vast corridors of the RMR office tower. 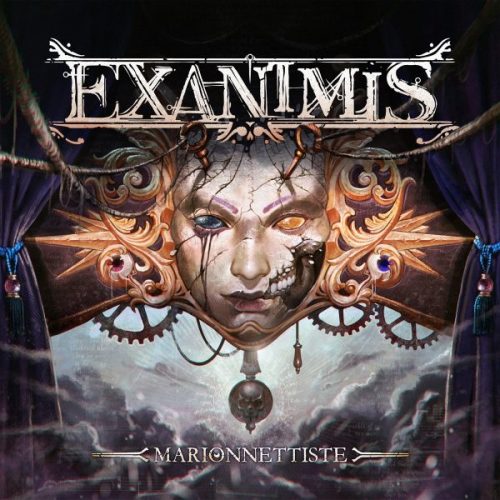 In a way, this record was the absolute surprise of the year. A true Holy Metal Cow moment. Who would have thought that the big enchilada of the realm would find a serious challenger? Exanimis often sounds so much like a sibling of Fleshgod Apocalypse, it made us pause more than once. Yet, this ain’t no copy. This record gleefully wallows in whatever Death Metal has to offer in the melodic, symphonic, tech, or progressive arena. And they do that with an astounding craftiness that we have seldom found to date. In other words, this is a masterful album that always pulls us back in whenever we fire it up. And thus, it fully deserves the pole position on this Top 10.

Yeah, I know. Some of you hate that section because – for some reason – you think that not having a rating diminishes the value of the record. That’s of course not the case. On the contrary, it would be a pity not to mention those bands. They delivered remarkable fare and might just have missed the mark by the proverbial breadth of a hair.

Who ever said that rock has gone missing on RMR? Because in 2021 we found a few prime examples, one of which is LDDSM. The dudes and dudettes from the dirty motel really put the pedal to the metal with their scratchy, sludge-infested brand of slightly spacey rock. Polaris just lets you sail on its infectious avalanche of groove and grimy rock towards that elusive nirvana somewhere in outer space. Remarkable.

Thy Row‘s newest concoction Unchained always puts a smile on my face. Finally, we found ourselves a snazzy slab of good ol’ metal that dwells in that wasteland where Hard Rock and Heavy Metal fight for supremacy. And that’s a rarity in a genre that many thought dead already. But hey, to steal freely from fiction writers: Nothing is dead that can eternal lie. And sometimes they come back to life. Hope’s for Heavy Metal’s alive again. Way to go, folks.

Here’s to a band that found a perfect blend of power and sad spice to flavor their Doom Metal record, and just at the right level of heat. And whilst some other bands came close to that in 2021, none did it better than the Germans from Wheel. Preserved in Time definitely is one of the shining lights of this genre in 2021 and truly deserves to sit proudly on this Top 10 list.

Okay, this is it for the eventful year 2021. Until we meet again.