There are records that kinda follow you around. But you’re never quite sure what to make of them. They’re intriguing, but you need that right moment to jolt your lazy reviewer’s ass into writing mode.

On one hand, the undeniable groove always pulls you towards them. On the other hand – however – there are always those inconsistencies that make you sit down all over again.

Darzamat and their new record A Philosopher At The End Of The Universe is such a case. And this time, it is this change in style that kind of took us aback.

Fancy an example or two?

In 2005 Megadeth’s Dave Mustaine forced Rotting Christ off a gig in Athens, stating personal religious beliefs. Or more recently, in 2018, Sakis and Themis Tolis were arrested in Georgia after stepping off a plane. On grounds of satanism and – hold on to something – terrorism.

Sometimes you get this sense of déjà-vu. Like that prickly feeling down your spine, when you sense something unknown. And it started straight from the beginning of Kaledon‘s newest album Carnagus: Emperor of the Darkness.

‘Tis the flavor of Overtures, a known entity belting away at a Power Metal event. And – lo and behold – it is indeed Michele Guaitoli (Overtures, Temperance), who got hired to advance the glory of Kaledon‘s 9th full length album. 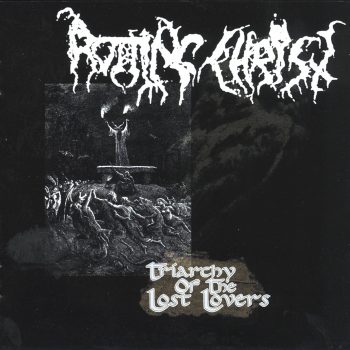 The new year is still fresh, so what better moment than this one to reflect on some old metal for a change.

Well, yeah, if you look at the rapid-fire development all things metal took since then. We sure show a totally different landscape today, if compared to all these years ago. And for sure again if you look at the style changes Rotting Christ took over the years to the present day. Triarchy of the Lost Lovers really took a fresh look at things and delivered powerfully well.