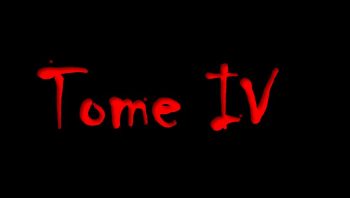 But first we take to the sea. The wild, cold sea. Rain drenched shores, ready to be invaded. Proud dragon-headed longships crawling with crazed, screaming vikings on the prowl. That is the blood-soaked fare the latest offering Jomsviking from Amon Amarth is saddling us with. The band clearly kept up the standard for themselves for this newest offering. But not only that: A rock solid theme – the saga of the Jomsviking – lent further spice to an already juicy soundscape. So, reviewing this record has been a real pleasure. And the album was good for football too (soccer, for you folks in the US). The RockmusicRaider deck crew blasted Jomsviking during the European Championship in support of the viking team from Iceland. Very fitting – and they got far.

Then we moved and actually stayed in Italy for a while. Fleshgod Apocalypse gave their corpse-like and – for sure – Machiavellian appearance for our pleasure with King. 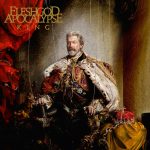 I almost heard Lucrezia traipsing around in the background, when listening to their tune. And it is a mighty cauldron of stuff being thrown at us. So much so, that it almost veers off into the unmanageable. But they just about strung this together, managing to get a very complex, but also very decent record out to the fan crowd. The album is pretty hefty fare and you will need some time to get used to it. But – hey – this is really good stuff. You should try it one day.

Moving East towards Slovenia and still in Italy, the surprise of the year happened with Overtures delivering Artifacts to us. At first I kind of blankly stared at the promo request. Never heard of them. But once into the record, I got to know them real quick. Their quirky mix of Power and Progressive Metal really crawls under your skin and makes you want more of that. Their technical prowess is only topped by their enthusiasm and authenticity. And – as we all know – being authentic will propel you down this road to fame. It is going to be a long road for them still, but then there is no fame without pain. A record I would highly recommend, if you are into Prog.

Finally the much awaited new record Nemesea advertised for quite a while reached our shores. But did Uprise really deliver what the name promised? Well not quite. If you 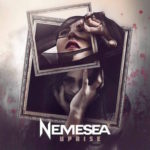 look for a revolution, you ain’t gonna get it. If anything, they display a more mature style in the way the tracks are delivered and a lot of the credit for that goes to Manda Ophuis. The album is perhaps a tad over-commercialized and pointed towards the mean mainstream, using bite-size lengths for their tracks. But by and large, their delivery is more pensive with much more substance. And it seems that their path to fame is not rooted in metal. I guess it never was neither, if I am to judge by the about-face they did between Mana and In Control. The record is nevertheless a fascinating piece of music, and a band to be watched.

The fairy land caught up with me, when meeting Antyra and their record Pentachronist. It is a chronicle in a way, something like a book with chapters. Garish introductions with weird mumblings exchange themselves with stellar metal. So much so, that this thing sticks to you like instant glue. It is a fascinating way to make a record too, but it will take some stamina for you to live through this unscathed. On top they use the Teutonic language with some English mixed in there. I had to chuckle when reading the band’s comment on Facebook about the review, opining that the writer did not have too much trouble with the language gap. True, my friends, I could have done it in German. But didn’t. Maybe I’ll do this their next.

Lacuna Coil is back too. With their new record Delirium. And it is deliriously refreshing to see them work on their oomph some and deliver something much more powerful than before. They did keep to their brand, no doubt. But this new scratchy, noisy, straight-in-your-face tune is refreshing. This new taste for the rough goes on throughout the album. But mostly it is this new Scabbia/Ferro relationship that struck me and still does every time I hit the play button. They are finally on equal footing – so to say – and it shows in a powerful metal brew. A new definition to Gothic Metal. Kudos!

Black nights haunt Tome IV starting with a bunch of youngsters from the States. There is a new drive out there featuring Atmospheric Black Metal. Nothing new you might think? The genre has indeed been around for a while. But think again: These are not the hidden two-man projects spending their lives on drum machines and synthesizers, but real musicians rocking off into the abyss with their brand of Black Metal. Meet Ashbringer and their newest concoction Yügen. The band masters their craft, no doubt. But this is not an old, established outfit. Most of the players are in their late teens. A very mature album for a band so young. And they bring a new, fresh wind to this already well used genre. I like it.

Back to the dark side of Italy. Dark side? One would not think so, but there are demons dwelling there. Darkend just issued a disturbing piece of Black Metal to

The next album is haunted by geographical confusion. More Atmospheric Black Metal from the land of the kiwi, dwelling in the land where men wear skirts (okay, kilts…) and no underwear. Complete with Swedish influences from across the pond. The outcome, however, is stellar and Sojourner hit dead center on their debut Empires of Ash. I am still trying to decide if Ashbringer beats this one. But for the moment, I am tending to Empires of Ash being the more mature offering. The way the band weaves flutes and other instruments into this Black Metal broadcloth just makes them a candidate for the Top 10 at the end of the year. Wait and see!

Beer, we want beer!! No, this is not Alestorm. Panychida hit us with this stellar Pagan Metal opus called Haereticalia – The Night Battles. 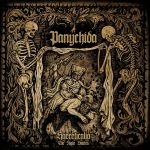 The band hails from the Czech Republic, and this heavenly brew can be found there. But in truth it is not beer that we crave on this one, but metal. And a blackened brand of Pagan Metal it is that this band is delivering with a vengeance. Together with a rock solid theme album that really stands out. Good story telling and crunchy metal tunes that work well. With a beer in the evening watching the green valleys and mountains in front of you. Crookedly stellar. Good stuff.

And this gets us to the end of Tome IV. More to come later in the year. Stay tuned.