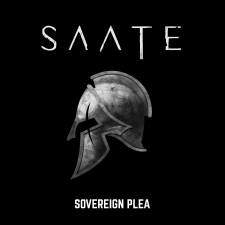 Nobody quite does it like SAATE, the Swedish amazing metallers. You don’t believe me? Well, nobody yet managed to get on the RockmusicRaider blog two times in a row with a video in this fashion.

Already the band’s first video The Conjuring got the deck crew’s attention real quick. But this time they topped it up with a few more moving pictures with Sovereign Plea. At levels of quality at least as high as the first video, and with a slightly different tinge to boot.

Sticking to their Power Metal theme, they ditched the Gothic Metal undercurrents and added some juicy junks of Heavy Metal to their tune. A pretty cool mixture between Arrayan Path, Iron Maiden and the crystal clear, very precise style of Sorcerer.

The meaty riffing and the selective solos convince once again on Sovereign Plea. And we didn’t expect anything else this time around. Did we? But the amazing vocal powers of young Rickard Thelin (Summoned Tied) really take this clip from dime-a-dozen Power Metal to the next level.

By Loki, not sure how they did this, but they made me put this track on autoplay. When I should have looked at the tons of metal still waiting in the review pipe. Damn.

This video and many others live on the RockmusicRaider YouTube channel. Check out the playlists and hit SUBSCRIBE.