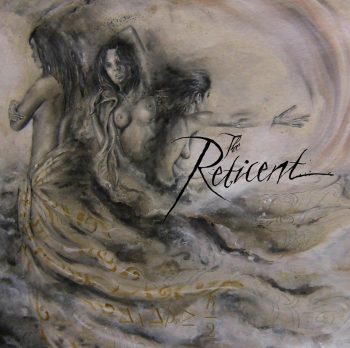 I love Progressive Metal. This is where metal meets the grey unknown. Far, far away from the ‘established’ legion of bands, seemingly always wanting to produce more of the same.

Of course, Progressive Metal covers lots of sins and it takes a lot of musical skills to produce good content. On the other hand, the style is usually also an indicator of much creative energy at work.

Now, there is a large crowd out there professing that their forte lies in the progressive nirvana of the metal universe. Many of them bands out there strum a few djents, madly hit the percussion, howl weirdly around the stage and call this prog. So much so at times that you are served with a confused pandemonium of soundbytes that stops making sense after a while. Come again, will ya?

I will thus always be somewhat vary when hearing about some new up-and-coming dudes and dudettes being praised. But it is there, where you usually find these jewels that have been hiding for a long while. The Reticent was one of those praised ones.

It is only when I started digging into his newest full length album On the Eve of a Goodbye that I understood why. His? Yep, The Reticent is a one-man-show to a large extent. Vocals and most of the instruments were directly played by Christopher Hathcock. Guest musicians only took on the wind instruments and female vocals.

And I admit: When I heard one-man band, I kind of winced. How many times did these records turn into some bland soup of repetitions, same thing all over throughout the record?

But not this time.

On the Eve of a Goodbye is one of these concoctions that will make you rewind and backpedal to what you just heard. The record has this inexplicable primeval something that will just stick to your frontal lobe and – pounce! – stick its steely, crooked hooks into your flesh. And will not let you go until you heard it all, beginning to the end.

The Reticent is doing that not only through the undeniable musical prowess, but a lot with authenticity, passion and emotions. Those elements will carry the flag to success. Eve is very strong in all of those categories. Specifically the emotions department is a real heavy hitter, but more to this later.

On the Eve of a Goodbye often strikes me as a strange mix between Wilderun and Steven Wilson with a dark twist. The album is a very varied piece of metal done by a truly talented musician. Skillful, nuanced integration of clear voice and growls – depending on the mood of the moment – are followed by piano sounds, hard guitar riffs or soft acoustics. To illustrate, have a glance at The Confrontation and the dialogue with the daemon of sorts.

I specifically liked the wind instruments included at certain points of the album. The way Hathcock uses voice and sets of specific instruments to demonstrate mood is amazingly well done. For example the use of the Hammered Dulcimer at the very end of the album is very fitting.

A part of the record’s powerful allure is the very strong theme. Before you give me the finger, think again: The album models after a true story. It chronicles the tale of Eve and her last 24 hours of her life before committing suicide, as lived by the artist. This renders the album strongly emotional in more ways than one and shows an almost visceral progression that is difficult to dismiss.

This aspect gets ever stronger towards the end, culminating in Funeral of a Firefly, where you hear Hathcock sniffling through the length of the track. I have to date seldom heard a record delivered with more genuine and persuasive sentiment than this one. Or is this a first? I gotta think real hard to find an equivalent – for sure.

Production, mixing and mastering are pretty well done and kudos go to Jamie King at The Basement Recording. You will find none of that crazy brickwalling that is going on in other records and other shenanigans. All elements come out in a crystal clear fashion and you do not have the impression of having lost parts of the album, ghost-itching like missing limbs.

Not that the record is without flaws. But forgiven are the somewhat awkward monologues at the beginning and the scratchy, rocky switches between some of the blocks. Also, the vocals are sometimes slightly off-kilter on some of the tracks, but nothing much to be alarmed about.

On the Eve of a Goodbye really takes off with The Girl Broken. This  already transmits the gist – the essence – of the record to the listener. One of the memorable moments comes in The Mirror’s Reply that leaves you with a profound sense of loneliness.

The aforementioned The Confrontation is another one of these strong instances of the album. But the really emotional part starts with 2 Hours Left. The mood goes downhill fast from then on into the fiery pits of desperation. From imploring her not to do this in The Decision far down to the emotional tsunami of the Funeral of a Firefly.

At first On the Eve of a Goodbye is a complex and difficult listen. And you need to invest the time it deserves. Being like a book of sorts, I suggest you listen to it as a whole. The album is not easy to take in any other way.

Eve is first-rate Progressive Metal, technically high-standing and delivered with a very high level of genuine emotion and passion. Probably one of the best such records I ever had the pleasure to listen to. So, have a seat and hit the run button. You won’t regret it.

Congratulations! The record made it onto the 2016 Top 10 Records at rank #2. Good work.