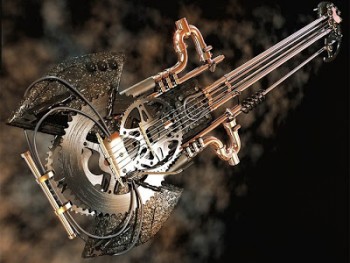 Well, hell’s bells! Time to kick this off with the first ever Intermittent Best of… of the RockmusicRaider story.

This was quite a run from no website a few months ago. To a blog that starts to pay off to some very, very limited fame. Still going strong, writing reviews left, right and center. Ready to invest what little time my already busy schedule leaves me.

The first review that started me off was Hydra from Within Temptation. This one is frankly not the best offering these guys ever produced. A friggin’ attempt to get into mainstream in my book. … [...] Click to raid more!

The album The Silent Force is a cool one, following Mother Earth in spirit, if not in sound. Albeit that the whole concoction comes across as a bit softer and more … mainstream.

Within Temptation have crafted a great 3rd studio album with The Silent Force that will hook you right from the beginning.

Some voices indicate that the metal is lacking (true), that Within Temptation has strayed from the true path of Gothic Rock to something more melodic (also true). And that they only did this to attract new fans (me, for example, so partly true). For the rest … [...] Click to raid more!