Howdy fans and friends! It is time again to take stock of sounds discovered and bands unearthed. But for the first time from an angle of the posts themselves and how they rated with you, the readers. The RockmusicRaider officescape would of course like to think that the likes and shares are a result of masterful penmanship.

But, hey, dream on. The written word is one of the vectors to get to the most popular posts, of course. But it is the musicians in the bands covered that really delivered their music with their hearts’ blood and essence of their mutual souls. And this is what we react to and the fans ultimately chose to like – or not.

So, with this in mind, here is the first edition of the 10 most popular posts on RockmusicRaider to date:

The rockers from Finland returned strongly from their hiatus and immediately put the pedal to the metal. Literally. And they quite rightly found a space on the RMR 2015 Top Ten for their record. As we say, the quality of the pudding is in the eating, as the likes and shares prove. 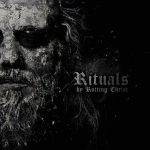 “In Nomine Dei Nostri Satanas Luciferi Exelsi”. Ah, juicy incantations. Powerful riffs, dark, heavy drumming and a meaty delivery with crunchy vocals. I still rate AEALO higher than that one, yet the album boasts an unquestionable pull and the fan base supports this.

The band’s pleasant and somewhat funky style is hard to escape. I liked the refined piece of metal these guys kind of nonchalantly throw out at you. And the audience seems to think so as well. Unsurprisingly they ended up on the 2016 Top Ten. Deservedly so.

Whoever said that old rock does not resonate and fascinate to this day? And indeed, Uriah Heep were part of this pioneering movement back then. And they are still going strong today. 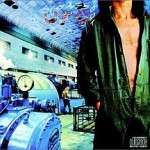 Oh, I could not agree more. This is UFO at their best. Just think about tracks like Too Hot to Handle or Love to Love. Vintage Hard Rock of bygone days still rating hard on the fans’ Richter scale. 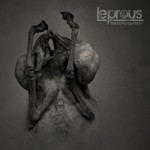 Leprous is indeed a very popular band. And whilst the album does not get to the levels of their former deliveries, it features some stellar progressive metal. And this is why the audience voted this one into the most popular posts.

If you like your metal coffee very black, roasted hard and served by staff in ritual masks, then this is for you. Harsh, dissonant and deliciously evil. You should try some, but don’t do so before you want to sleep. The fan crowd does indeed like this sturdy fare. And this secured them a spot on the 2016 Top Ten too. No contest, right?

Draconian created a great piece of Doom Metal with this album. This is probably one of the most underrated bands in this genre and would be in dire need for more recognition. The number of shares and likes prove the point. And the album made it onto 2015 Top Ten as well. Of course.

The RMR office crew was thrilled with the outstanding reception our top ten got. And we would like to extend our thanks to the readers who shared or liked the content that you found on this yearly summary. 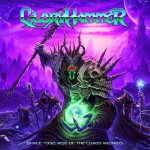 Why am I not surprised? These guys are just fun to listen to and sing along. Mightily catchy tunes, lathered with an amount of cheese that no other band mustered to date. By conquering the galaxy with great Power Metal, Gloryhammer truly got to the top of the most popular posts on RockmusicRaider.

Last, but not least…

Which band is just on its way to get into the august group of most popular posts at RockmusicRaider? Believe it or not, it is Delain and their latest Moonbathers. And they come on strong, ready to displace some of the current contenders. But more of this on the next edition to hit your device in a few months or so.

Meantime, rock on and play loud.